One of the first things that strikes you about our northerly neighbours is their stunning location; located on the northwesterly tip of Orkney’s mainland in a wind-battered area known as Swannay sits the award winning Swannay Brewery.  Set in a beautiful rustic farmstead the unique location offers a unique 1000 year old barley from fertile farmland showered in spray from the Atlantic ocean.  It`s with this barley, so named Bere, that we have had a fantastic malt collaboration over the recent years, and so it’s a genuine joy to have the opportunity to sit down with the folks at Swannay Brewery and talk with them about their journey. 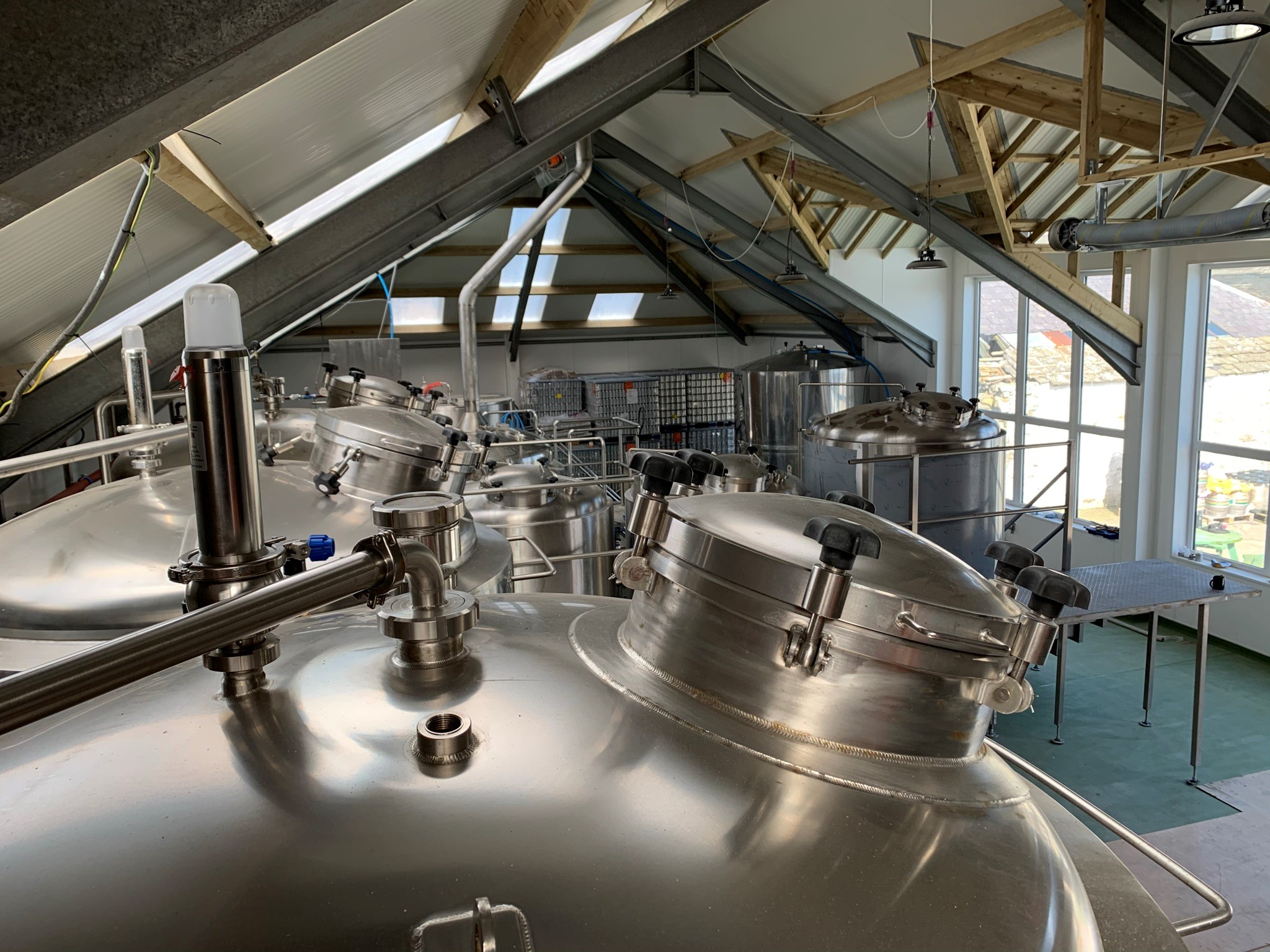 Lewis Hill, self-titled ‘wearer of many hats’ at Swannay Brewery was kind enough to connect with us and chat about what they have been getting up to.  We started by asking how many batches of Bere the brewery has produced with Crisp Malt over the years and what environmental aspects are an important consideration to their production techniques?

“This will be the third time we’ve had a batch of Bere malted. We’re proud to brew beer with a local barley variety. Being more sustainable and reducing our carbon footprint is increasingly more important and brewing beer with locally grown ingredients is one of the ways we’re doing this. Orkney’s rich history is a big part of what Orkney is today and to think that Bere has been grown in Orkney for at least 1,000 years is a bit crazy! It’s great to innovate by doing something that was done 1,000 years ago. A lot of things seem to go full circle and maybe this is another example of that. In an increasingly crowded and competitive craft beer market we hope we can champion Bere as a USP for Swannay Brewery.” 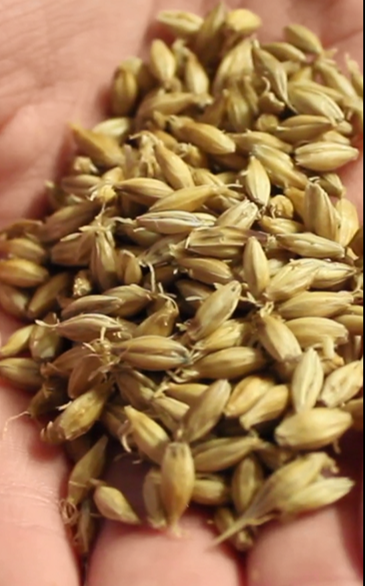 One of the important aspects to us at Crisp Malt, alongside the quality of our products and the environmental impact it has, is the origin story. We asked Lewis to tell us more about this.

“We obtain our Bere from the Agronomy Institute at Orkney College UHI which manages a supply chain with local farmers. The Bere is therefore grown at different locations in Orkney, but mainly around Kirkwall and on the islands of Burray and South Ronaldsay.”

Bere has been grown for well over 100 years in the Orkney area and may have been originally introduced by the Norse visitors to the area. Commercial markets now help to conserve the crop and the demand for the malt is a nice safeguard for this historical heirloom.  But what is it that appeals about the taste of Bere to its drinkers?

“In previous years we have thought that the Bere malt has given us earthy, minerally, fragrant and – honestly – salty flavours. Previously we have mostly brewed regular recipes with the usual malt bill swapped out for Bere – Scapa Bere for example – but this year we have a more diverse beer list planned including some Bere brews fermented with lager yeast.” Lewis explains, getting excited about the future brews in the mix. 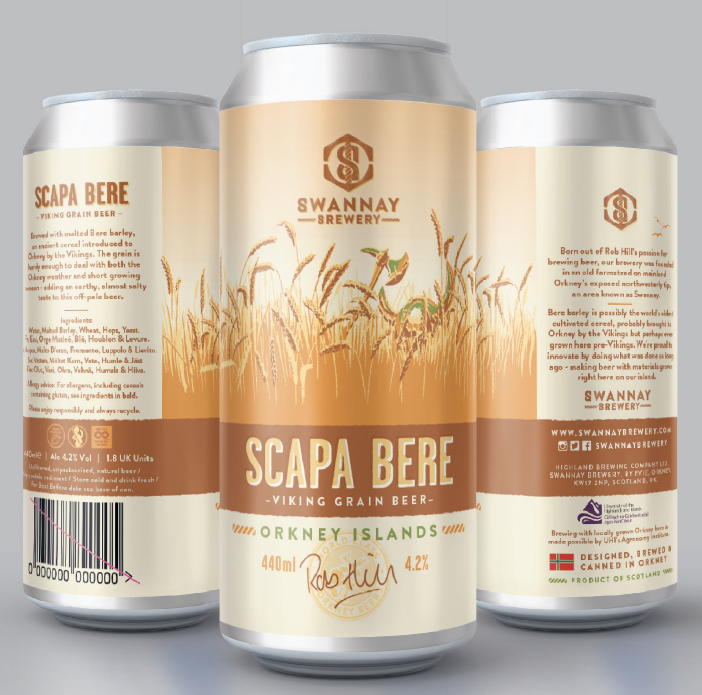 Due to the longevity of Bere, understandably it’s quite different to more modern varieties. With a higher nitrogen level and much lower requirement for any input, what does that mean to the end product and how do the consumers react to the beer?

“The demand for the Bere beers to date has been strong – customers appreciate the uniqueness and we find certain accounts who value the provenance of a product particularly like the Bere beers.”  Lewis tells us, confirming our thoughts about how heritage malts are definitely taking back the market.

It’s clear to see Lewis’ enthusiasm for the product, and certainly his delight for us to be part of something so special, speaks for itself as to its good points.  Keeping the use of a locally sourced, much venerated barley crop is something that’s high on the list of priorities for both Swannay Brewery and Crisp Malt. So this was always going to be a perfect partnership.

For us, it is always exciting to find a brewer that matches our values in the preservation of a heritage crop. This is something that we have been keenly involved in with other grains such as our Chevallier Heritage Malt.

If you would like to find out more about our range of malts, feel free to get in contact with us. 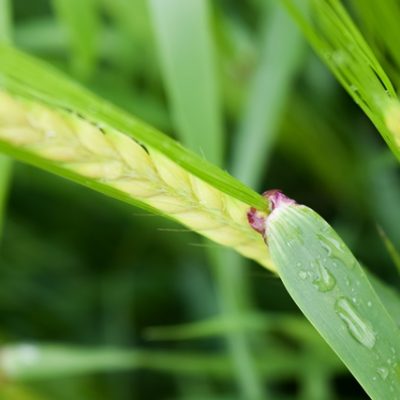 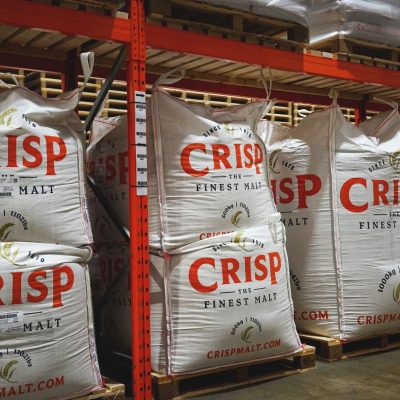 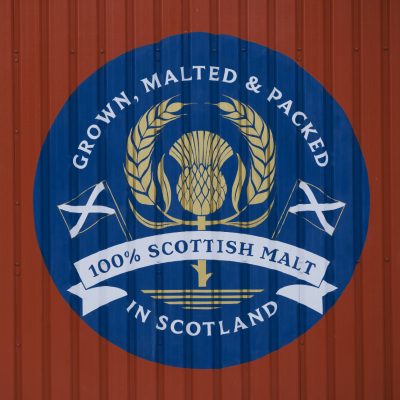