It seems like only yesterday when beers were pin bright and drinkers would have baulked at the slightest cast in a pint.  But now it looks as though hazy IPAs are very much here to stay. Craft drinkers worldwide have wholeheartedly embraced the haze craze and are demanding bigger, bolder, fuller, cloudier beers than ever before.

Beer lovers are also looking for juice. That means dry-hopping – and therein lies the challenge. How do you get big body and mouthfeel into a beer when you’re dry hopping it and there’s a risk of hop creep? And when you don’t want to push the final gravity so high that you get a cloying sweetness from residual sugars?

Once we started talking to brewers on both sides of the Atlantic about this issue, it became clear that a relatively unsung hero in our ingredient portfolio was leading the charge; Dextrin Malt.

In this blog we’ll talk you through how it works and what it’s being used for. Spoiler alert; it’s not really dextrins doing the heavy lifting!

First, the science bit; what are dextrins and how are they produced?

Dextrins are short chain, branched sugars which form most of the residual gravity at the end of fermentation, giving sweetness and body to beer. The reason they survive is two-fold. Firstly the enzymes that might have a chance of breaking them down (namely limit-dextrinases present in malt) are deactivated at temperatures over 60°C . Secondly, most everyday brewing yeasts cannot metabolise limit-dextrins.

Dextrins, or more completely limit-dextrins, are the remaining non-fermentable sugars left at the end of mashing, once the alpha and beta amylase have been deactivated.

Why fix the sugar spectrum?

Quite simply to give consistency – we want the final gravity to be the same every time.  By using high quality ingredients; controlling the mashing conditions; and looking after the yeast; we have a good chance of hitting a consistent final gravity.

It’s also important to fix the sugar spectrum when producing beers with secondary fermentation in package.  A beer containing yeast and a large quantity of residual fermentable sugars is going to continue fermenting.  This will produce CO2, increasing the pressure in the package and making casks into fountains and cans into bombs.

How else can the sugar spectrum be modified?

There are some situations where conventional wisdom can be thrown out of the window. For example, in distilling, the final gravity of the wash will become zero in the washback or fermenter.  There is no boil in the whisky making process.  The cocktail of enzymes present in the malt, including the limit-dextrinases, survive the journey to the fermenter.  Over the course of fermentation, they very slowly chop away at these dextrins, which are then taken up by the yeast and converted to alcohol. If you were to taste a whisky wash at the end of fermentation, you’d experience a very dry, alcoholic liquid.

The same chemistry is true with a diastaticus yeast. This yeast type produces its own amyloglucosidase enzyme (which is very much like the dextrinase we’ve already mentioned) that can reduce dextrins to fermentable sugars. Saison yeasts are of this type and this is the reason Saisons are so dry.

You can now obtain amyloglucosidase in liquid form – which is useful for adding to Brut IPA and low-calorie lagers to reduce the sugar content to zero.

The final example of how the sugars can change after mashing is in the phenomenon of hop creep.  Dextrins are reduced by the presence of naturally occurring dextrinase enzymes in the dry hops added in FV or CT. This can result in – you guessed it –  the dextrins being reduced to fermentable sugars.  These give over-attenuation or, worse still, more can and bottle bombs. As anyone who has experienced an explosion in their cupboard from a warm can of hazy beer will attest, you have caused a very real problem in terms not just of product quality, but also ofsafety. 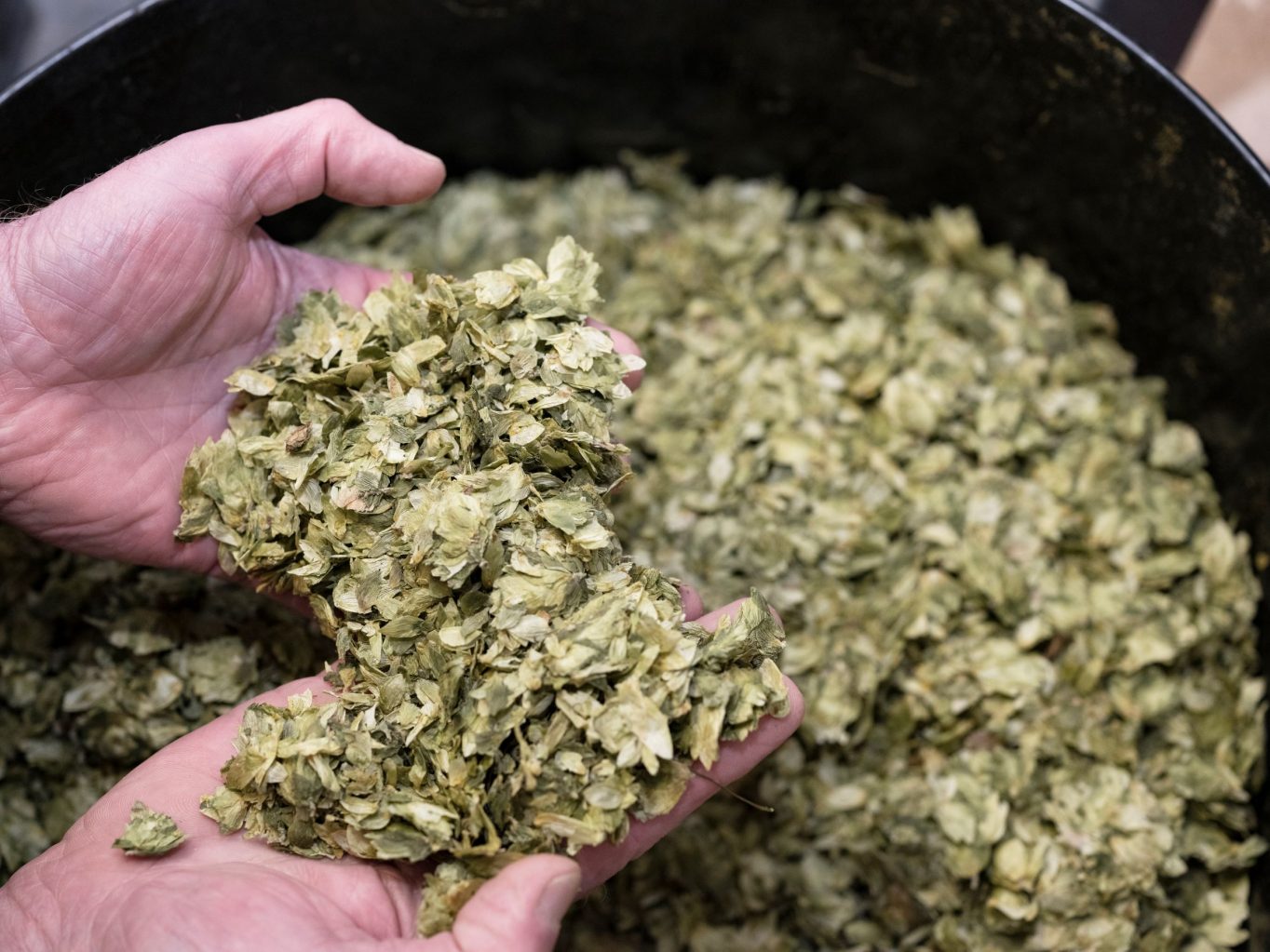 What is a traditional Dextrin Malt?

As described above, we can manipulate the amount of dextrins remaining in a beer by altering the mashing temperature and time and by selecting specialist yeast strains or adding enzymes to the hot or cold side.

However, we can also add specialist malts that bring non-fermentable sugars to a beer to increase the final gravity. This is how a traditional dextrin malt –  a very lightly kilned cara malt –  works. The stewing process involved in the production of a cara malt liquifies the packet of starch inside the barley kernel that makes up the endosperm. Basically, the inside of the kernel is a mini-mashing environment, where the malt enzymes turn starch into sugars. The heat from the cara-kilning stage then causes some of those sugars to combine with amino acids. They form Maillard products, locking up the dextrins in complex compounds that will be preserved in a similar way to the dextrins you’d get from a base malt.

However, even these Maillard products are not immune to the forces of diastaticus yeasts and hop creep in a modern IPA or unfiltered, dry hopped beer.

Many brewers add body by leaving the final gravity high, close to 1018.  In unfiltered and un-stabilised beers, the high residual sugar content poses a risk of sugar modification from hop creep and diastaticus yeast. So, how can a malt lend body and mouthfeel in dry-hopped IPAs, Bruts and Saisons when hop creep can be all-pervasive?

Well, we really need to look at what other chemistry can lend mouthfeel. For this we must discuss trigemeny.  Taste buds on the tongue recognise sweet, sour, salty, bitter and umami. But the mouth also experiences so-called trigeminal effects triggered by the trigeminal nerve. There are a number of different effects in taste. For example, the cooling effect of menthol, the fieriness of Szechwan Pepper, the burning impact of chillies. There is another sensation now vying for a place at the taste table; that of kokumi.

Kokumi is expressed when specific amino acids interact with the tongue’s calcium receptors, giving a feeling of body, depth of flavour and “mouthfeel” in a drink. Amino acids are the building blocks of proteins.  This means that ingredients that add different proteins to the grist can have a big impact on mouthfeel. Salts too can have a bearing. For the NEIPA lover, the combination of protein-packed oats and calcium chloride gives the big mouthfeel in this now ubiquitous style. Wheat can also provide these effects.

However, for anyone who has loaded up a recipe on oats and wheat knows, they can push a mash into sticky territory – and the lack of husks in naked oats and wheat can cause big run-off issues. They are also lacking in enzymes – so can hammer efficiency, especially when the grist is loaded up with other speciality malts. 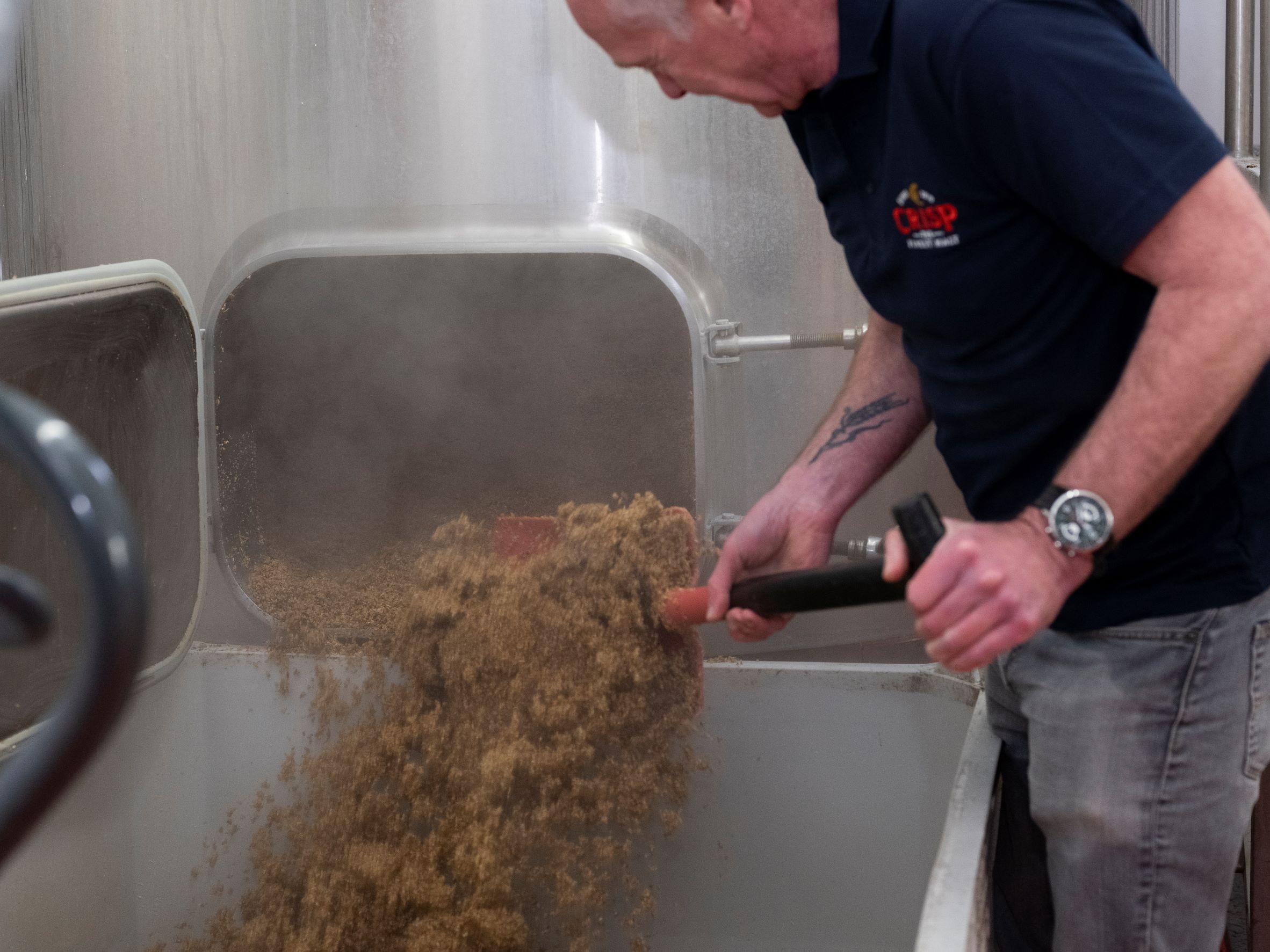 Why is CRISP DEXTRIN Different?

So, our challenge was to create body and mouthfeel in a conventional barley malt. Take a bow Dextrin malt.

We select from specific barley varieties with specific protein levels. Then we optimise the germination process to unlock the necessary protein structures for body and mouthfeel. The sprouted grain is lightly kilned to preserve the enzyme activity and conversion potential of the malt – and also to keep colour super low.

The result is a malted barley that contributes practically no colour and plenty of body & mouthfeel. It doesn’t deplete the enzyme pool, which means you can load up on speciality, coloured or roasted malts. Nor does it cause run-off problems due to a lack of husk or the presence of high beta glucans. Neat, eh?

A Malt For All Styles

When I spoke to brewers about what Crisp Dextrin was becoming so popular, I was amazed to find the multifarious uses it was being put to.

It’s found in West Coast IPAs to provide body and the perception of fullness even in a well-attenuated 1006 beer.

It’s in NEPIAs to replace part of the oat addition – and the issues oats cause in runoff – and provide that big rounded mealiness.

In stouts and porters it’s added to give depth.

In very dry beers like Saisons, low carb and no/ low ABV beers, it gives fullness when there is very little residual sugar.

Finally, it replaces the body stripped from dry hopped beers where hop creep has all but gobbled residual sugars, giving  hop bomb IPAs.

Dextrin is also a great substitute for chit malt, which is also becoming popular – but (and don’t say you weren’t warned!) will cause major issues in single temperature mashes.

How to use Crisp Dextrin Malt

Dextrin has similar enzyme levels and sugar levels to base malt so we would recommend it up to 30%. It can convert itself and other malts in the grist. You can mix it in at 5/10% with Maris Otter and a touch of Crystal 150 on a 62°C, one hour mash for a classic West Coast IPA. Use it at 5% to replace some oats in a troublesome NEIPA to improve run-off and body.

Don’t be perturbed when it doesn’t give high PG numbers. Despite the name, it’s a wolf in sheep’s clothing. It’s the proteinaceous products, rather than Dextrins, that are giving that body and mouthfeel.

Scanning down the long list of malts in our catalogue, it’s easy to miss, but Dextrin has been holding up many beers for many years. We like to think of it as our secret sauce. Apply to any beer style for some added fullness.

Give it a try and let us know how you get on. 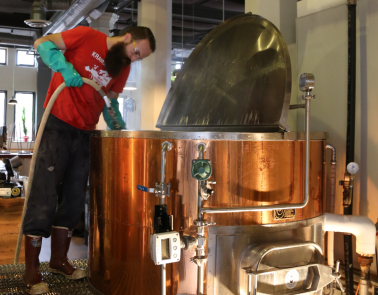 Mashing: The Art and Science of the First Stage of the Brewing Process 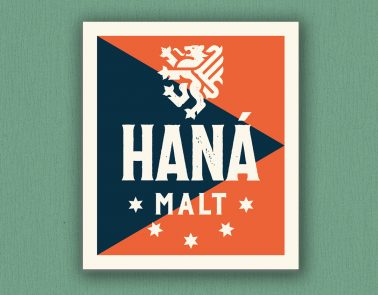 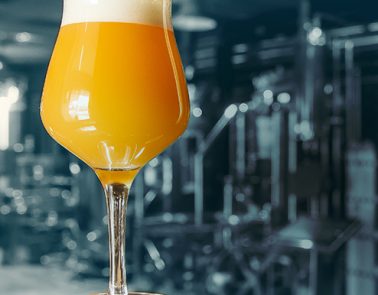 Webinar #8: How to Brew the Perfect New England IPA 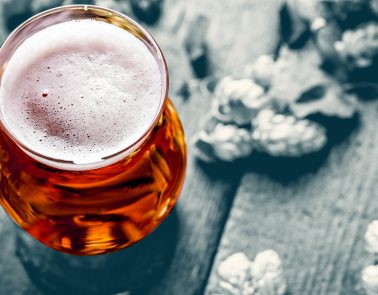 Webinar #9: How to Brew the Perfect West Coast IPA