“The idea that you could use a Vienna or Munich or a Maris Otter in whisky making – to a traditional Scottish distiller, anyway – would be completely a no-no,” says Colin Johnston, now Crisp’s craft team sales and marketing manager. A few years ago, as someone new to whisky, but with lots of experience in brewing beer, he wondered, “why couldn’t you use these grains in whisky?”

It just so happened that there was a new distillery in London who had exactly the same thought. 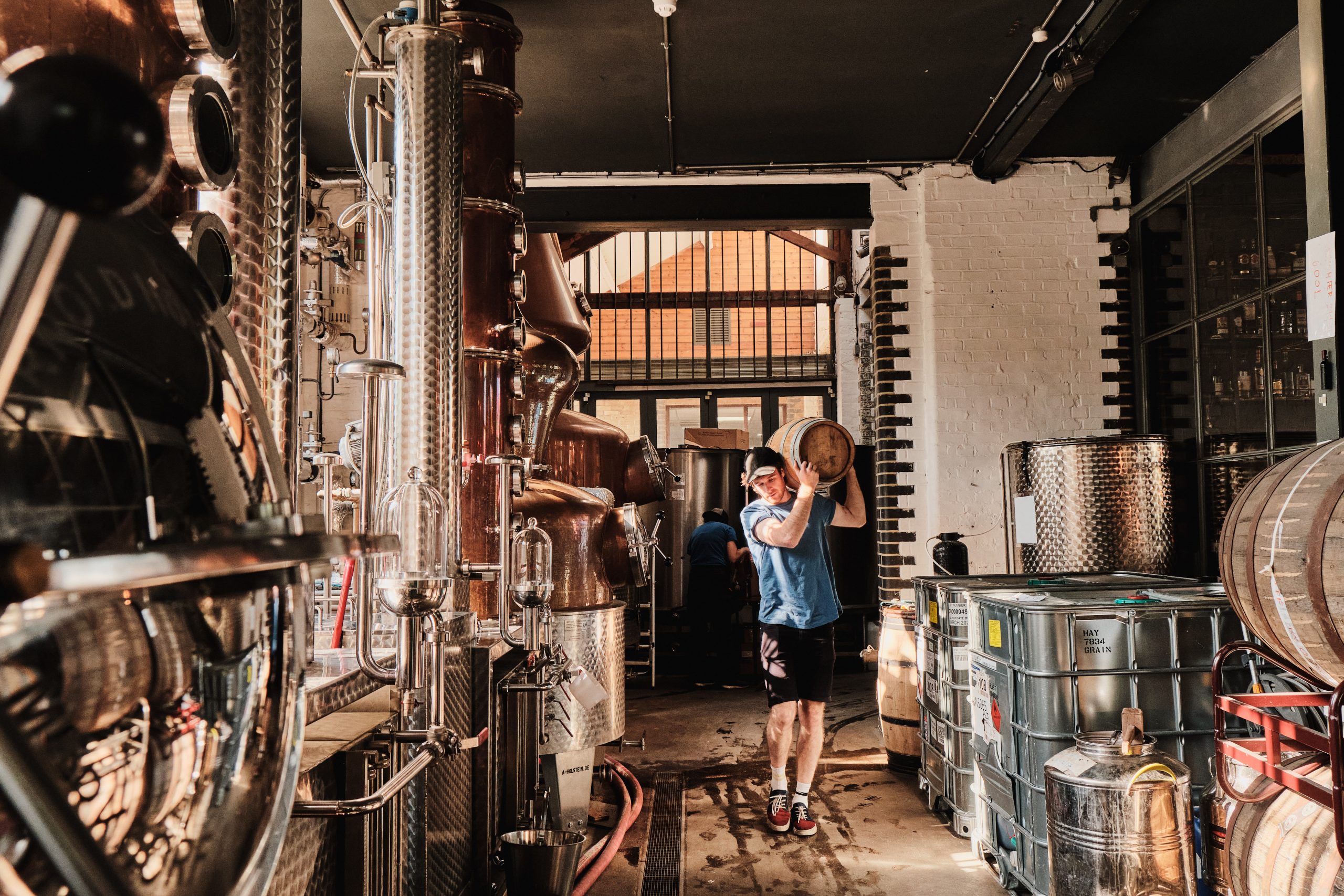 East London Liquor Co. started in the summer of 2014 with the ambition of producing affordable, top-quality independent gin and vodka. It was never going to be just white spirits, so in December that year they distilled their first whisky, overseen by Andy Mooney, now the distillery manager.

It was a renewal of whisky-making in the capital, something lost over 100 years earlier. With no recent history, and detached from any old traditions, Andy and ELLC were able to take inspiration from Irish whiskey, Scottish whisky, and American whiskey, plus they could draw ideas from the growing numbers of distillers and craft brewers, and produce something distinctly new.

“Apart from some of the smaller distilleries in the States, nobody was really using rye, wheat and brewing grains for whisky,” says Andy. From the beginning, he’s been using a variety of malts, including those typically used just for beer.” 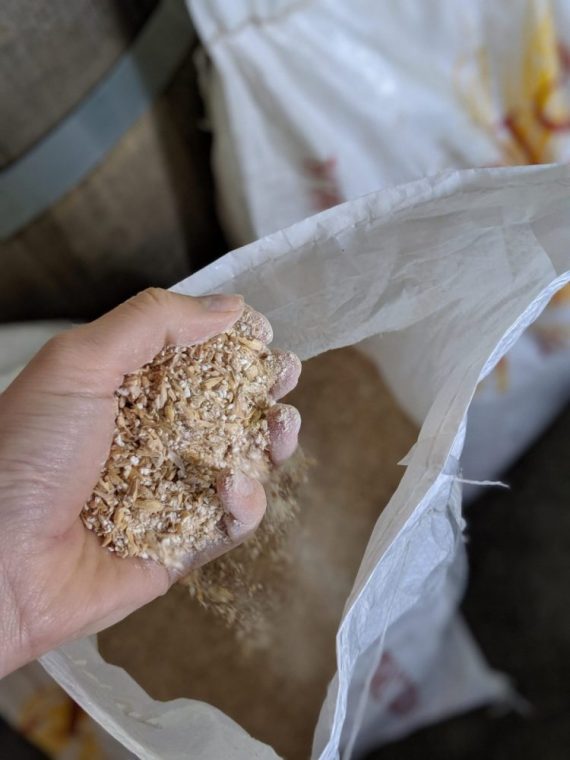 “Malt gives you different flavours, different textures, different mouthfeels,” he says. “They can give your spirit more depth, or take it in a new direction that you wouldn’t get from using one grain. You’re making a more rich and deeper overall profile for your spirit.” 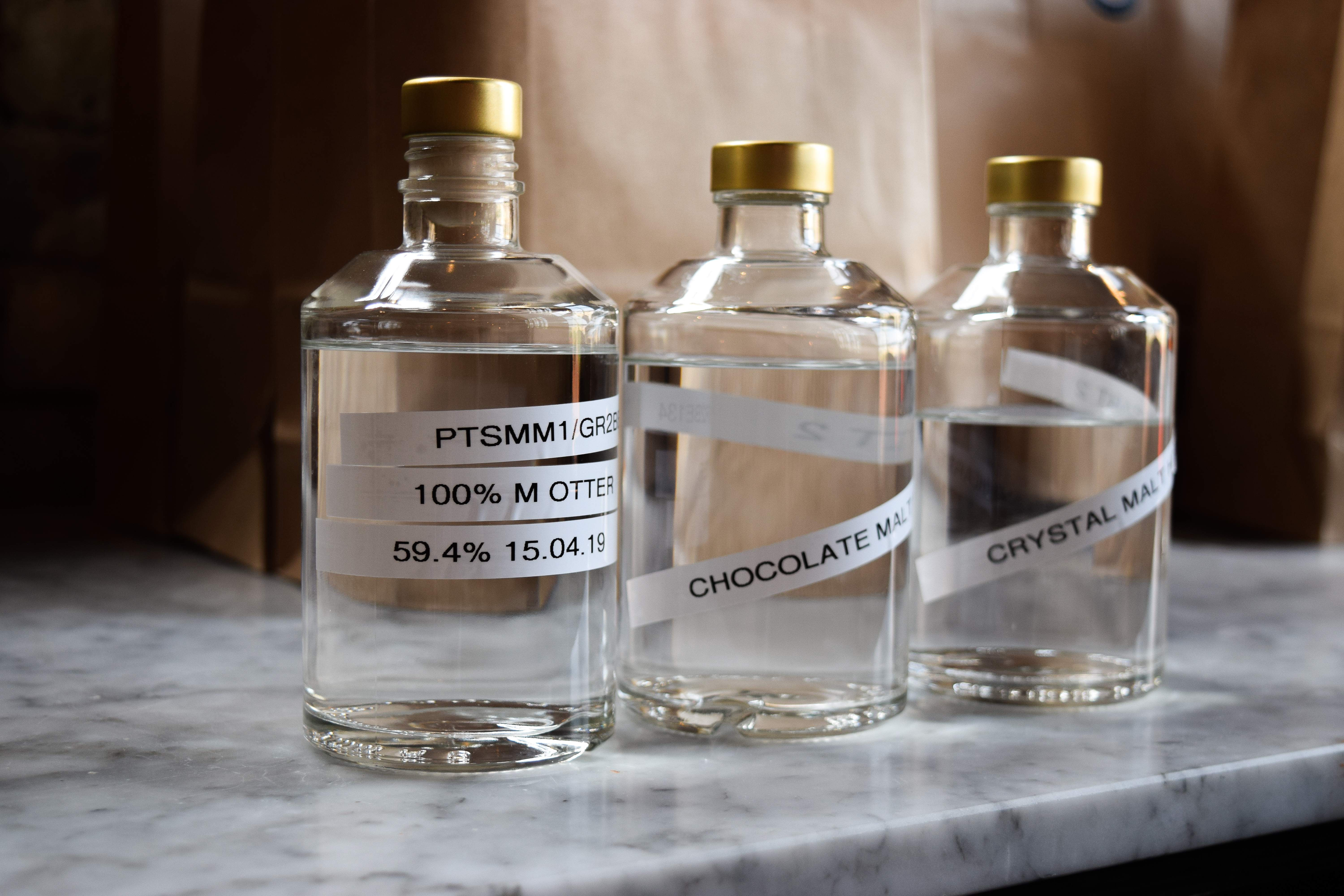 The connection between beer and whisky is a close one. Whisky begins by mixing crushed malt (and crushed grain if it’s not a pure malt whisky) and hot water in a mash tun. Then it’s cooled and fermented into what’s effectively a hop-less strong ale, known as the ‘wash.’ It’s that wash which goes through a two-stage pot still distilling process, with that distillate left to mature for years in wooden casks.

ELLC’s wash was made for them at a nearby brewery in Hackney until they installed their own brewing vessels in October 2017. It was then that Andy could really begin to experiment with Crisp’s malts.

“Malt gives you different flavours, different textures, different mouthfeels,” he says. “They can give your spirit more depth, or take it in a new direction that you wouldn’t get from using one grain.” He uses the analogy of bread: baking a loaf with just white flour is like making whisky with just pot still malt. But add in some rye flour, even a small amount, and it can really change the flavour. “You’re making a more rich and deeper overall profile for your spirit.”

It was looking to make whisky from wheat which first connected Andy to Crisp, but it was thanks to rye that they realised a shared ambition: to discover what can be achieved by using different grains in whisky. They had to overcome the challenges of mashing with a grain like rye, which gets very ‘sticky’ in the mash tun, and they needed to work out the ideal percentages to use for particular flavours. As Andy explains, using lots of rye “gives you bitterness, beefy, umami and mushroom flavours, whereas a little bit of rye might give you delicate spice, some citrus notes, even some floral as well.”

ELLC’s London Rye® is now one of their core brands, and London’s first whisky since 1904. It’s a whisky inspired by American spirits but brewed in a new way. It uses less rye than American distillers would use, and more brewing malt. It co-ferments with a distilling yeast and a Saison beer yeast to add a spicy character which works to amplify the rye’s own spice. And it uses a variety of different barrels, including ex-bourbon, ex-sherry, virgin oak and chestnut. 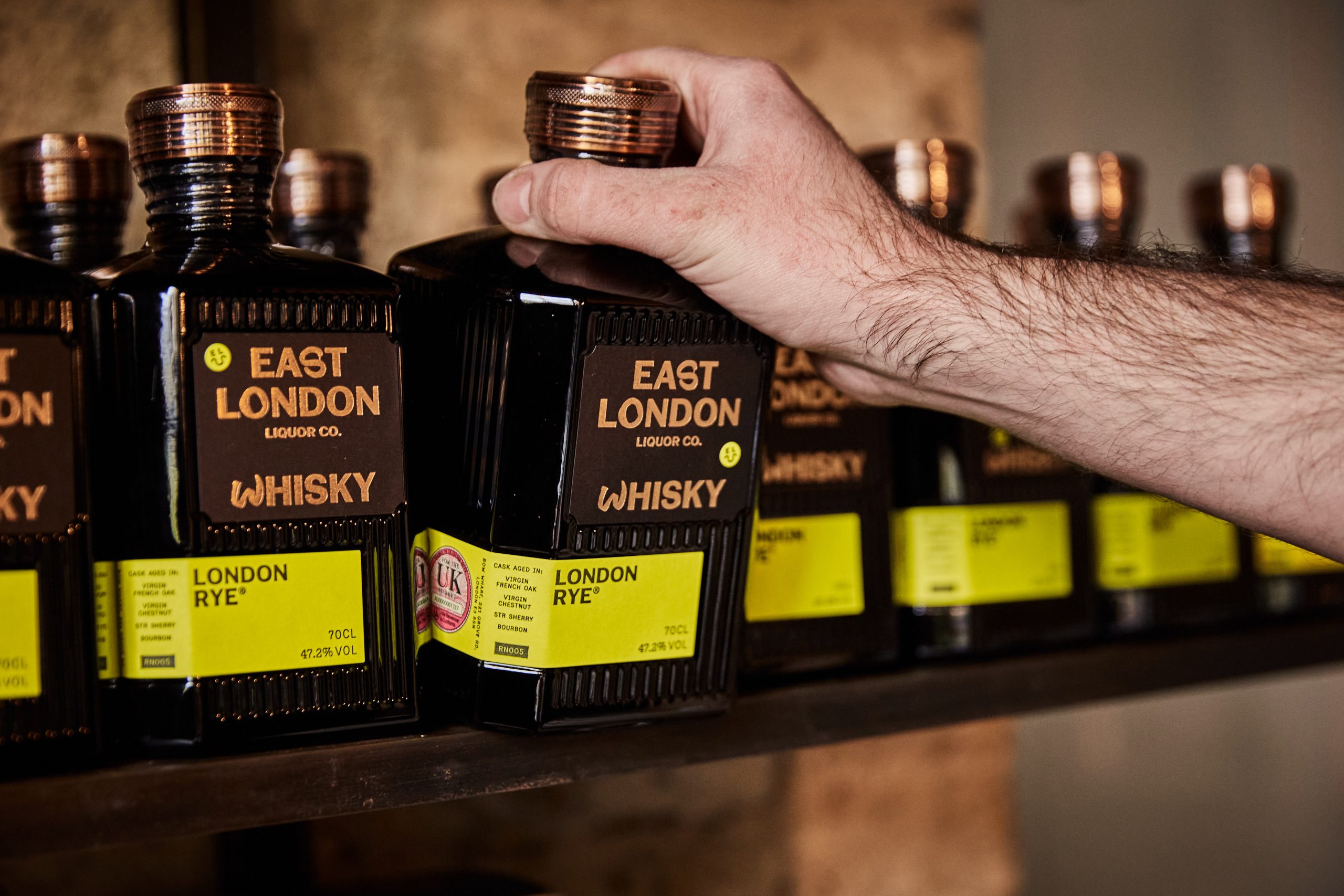 “It’s not like your traditional rye where you’re getting fire, wood, coconut, spice and citrus,” says Andy.  “Instead, it’s a lot of spice flavour, slight bits of chocolate and biscuit, sarsaparilla and cola, with a little bit of tropical fruit.” He explains it as, “almost a hybrid between your Scotch, Japanese and American-style Rye.” Or as the name better says it: a London Rye.

Crisp really understand what we’re about and what we’re trying to achieve. Their willingness and openness to try and help us produce what we want to produce is the main reason we work with them.

Alongside the Rye, ELLC also make a Single Malt. Andy describes the two most recognisable flavours in it as milk chocolate and biscuits, or “chocolate hob nobs,” much of that coming from the mix of speciality brewing malts used in the wash, including Crisp’s famous Maris Otter. The forthcoming 2021 single malt will be the first where the wash, distillation and maturation was all done solely at ELLC, and all the malt is from Crisp.

The East London Single Malt and London Rye® are regularly available, but they aren’t reductively aiming for the same profile with each release. “The idea is to build on the previous one,” says Andy. Whereas ELLC’s gin and vodka are always consistent, the whisky is where they can experiment. That’s led them to produce small batches of unusual and interesting whiskies to see how they might turn out.  This includes using untraditional grain bills and different barrels. 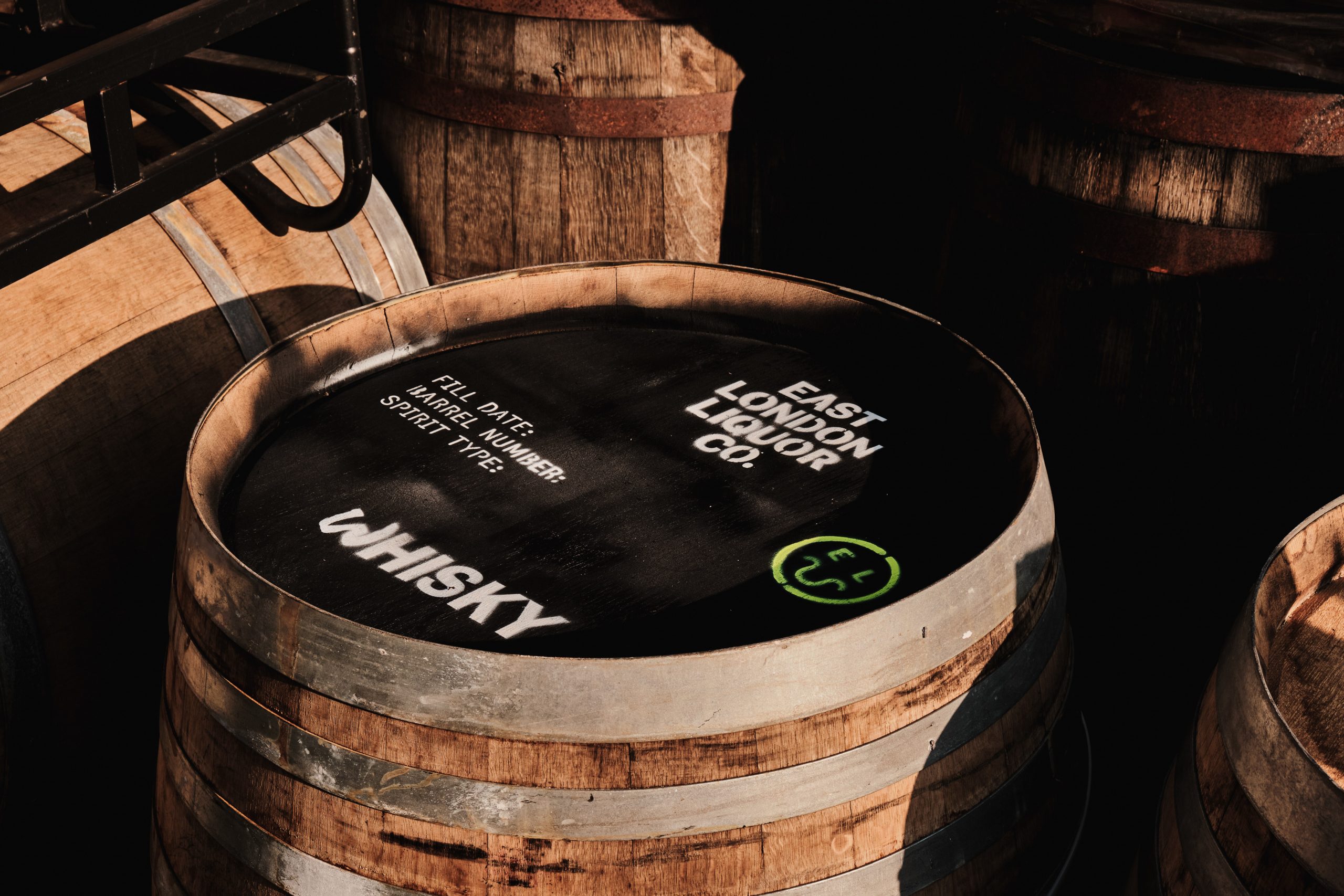 It’s this creative curiosity to experiment which makes the work between ELLC and Crisp a lot of fun for both sides. “Crisp really understand what we’re about and what we’re trying to achieve,” says Andy. “Their willingness and openness to try and help us produce what we want to produce is the main reason we work with them.”

“They’ve educated me massively,” says Colin of his experience working with Andy, and craft distilleries. It’s inspired him to learn a great deal more about spirits, especially whiskey from small US producers, where innovation abounds, and to use that knowledge to contribute to what ELLC are doing.

“When we’re thinking about innovation and the new malts we might produce, I’m putting myself in Andy’s shoes and thinking about what he might want next. That could be Heritage Rye Malts to go alongside our Heritage Barley Malts. It might be wheat or rye that’s roasted, smoked or flaked. Or maybe it’s different small-batch craft malts from the new Speciality Malt Plant, produced to create unique new flavours.”

Andy has already distilled a number of new whiskies, though all he’ll say for now is that “on the horizon are whiskies using grains that people might not have tasted in whiskies before.”

There’s a lot of excitement for the future of British whisky as it evolves into its own category with its own distinct characteristics. With a growing number of craft distillers, many of the owners and operators new to distilling, Colin worked with Andy to host a distilling seminar at ELLC.

“We were really proud to bring 20 new-start distillers from all around the country to see the work that ELLC do, and to hear detailed technical information about ingredients and distilling,” says Colin. The seminar included discussions on using speciality brewing malts; how those malts work with different woods; and the flavours they produce. “It’s always about flavour – and that always begins with the malt,” says Colin.

Whisky takes at least three years to produce, and Andy and Colin are constantly learning along the way as they discover how different grains and malts combine with different barrels to produce new and interesting whiskies. There’s a lot to look forward to with the new possibilities of small-scale British whisky production. 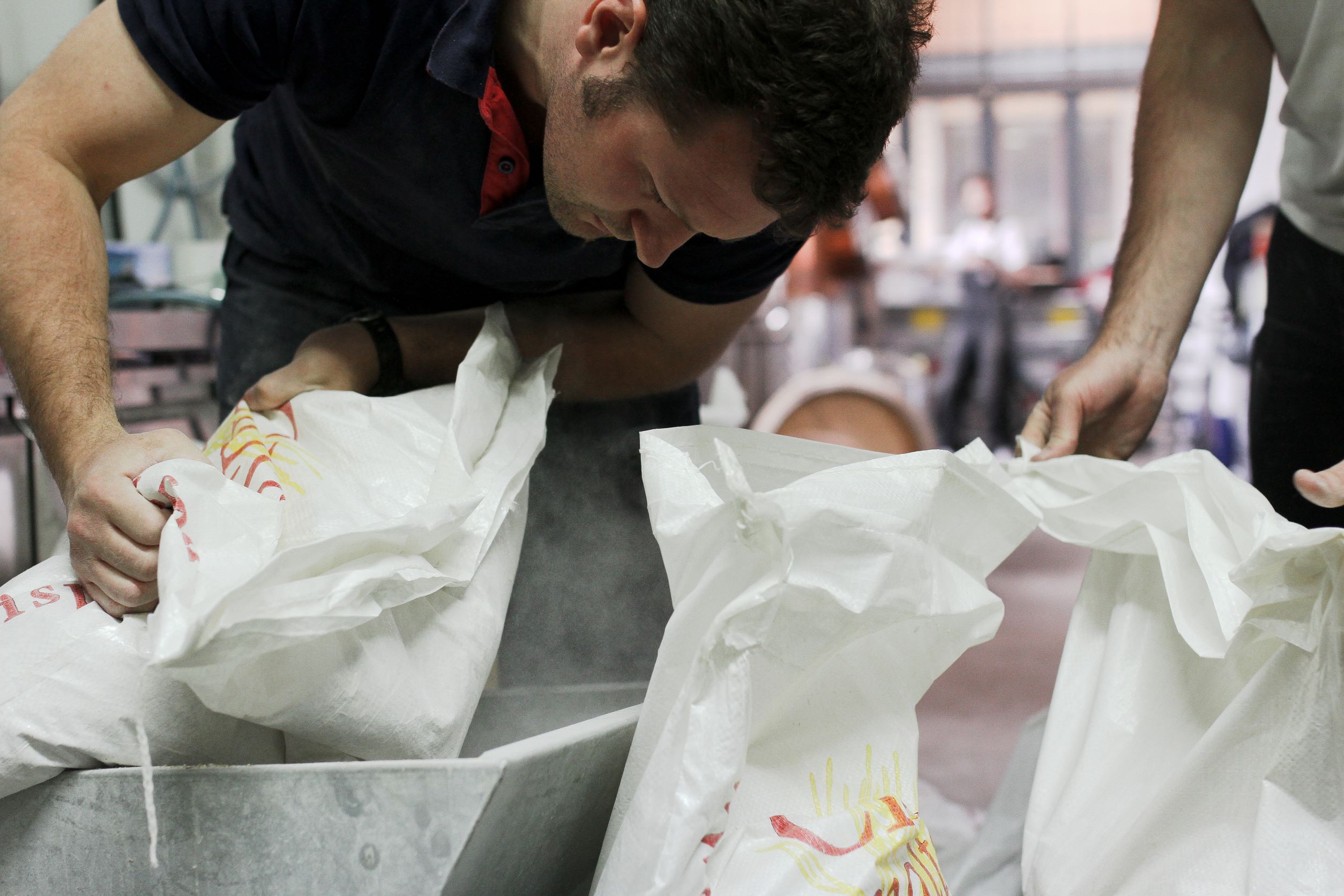 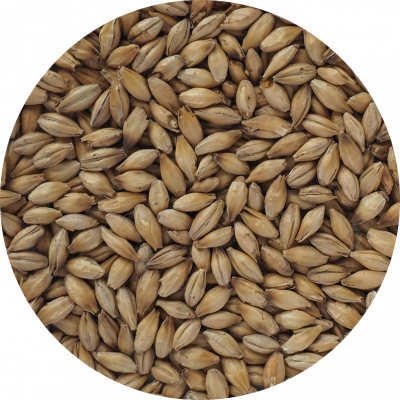 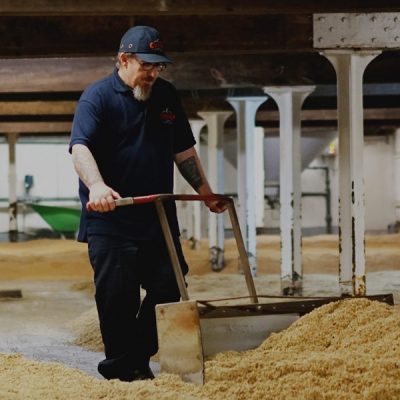 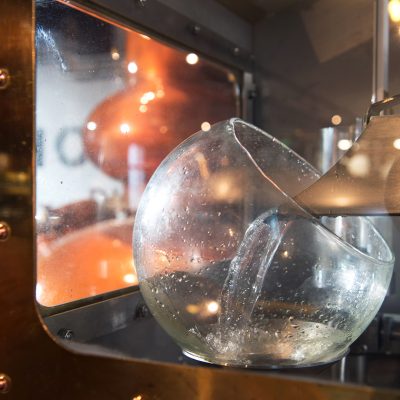