The Rise of Hard Seltzer

Smelling like the best bits of a green curry, after popping the can I took a sip. Waves of lime and coconut hit my tongue, followed by a clean aftertaste all tied up in a spritzy liquid at just 3.4%. Opaque and extremely pale in appearance, it had a memory of beer but also mojito and the fizzy, cloudy “Nigori” sake you get in Japan. What was this new alchemy?

We were attending the inaugural Brew LDN festival in February and were in the process of sampling Salt Beer Factory vs Two Downs Down Brewing’s Lime After Lime, Lime & Coconut Hard Seltzer. One of several of this new category pouring at the festival, it ticked a lot of boxes that drinkers are increasingly demanding; low ABV, light and refreshing, flavourful but not heavy, not bitter and fruit-driven.

While the hard seltzer craze has yet to properly hit UK shores, it’s been booming in the USA.

What is Hard Seltzer?

If you’ve not travelled to the USA, then you might not know that ‘hard’ is a placeholder for ‘alcoholic’. Hard cider has been around for a while, and in the past decade, there has been hard lemonade, ice tea and even root beer; all drinks designed to cater to drinkers who are continually exploring new flavours and experiences.

Seltzer itself has been around for a long time and is simply what we in the UK would call fizzy or carbonated water. The word derives from the town of Neiderseltser in Germany that was bottling natural spring water as far back as the 1780s.

In the past few years, Hard Seltzer has burst onto the drinks market, capitalising on digital marketing with brand videos going viral on college campuses in the USA. The low calorie, easy-drinking credentials that typify Hard Seltzer have chimed with a health-conscious, clean living demographic.

It’s undoubtedly true that fads come and go especially in the US market so is hard seltzer just another gimmick? It doesn’t look like it. Accordingly to the IWSR, “Within six years, hard sparkling waters, also known as hard seltzers, have grown to account for nearly half (43%) of all US mixed drinks”. According to another report, the category is forecast to grow to $3 to $4.5 billion over the next two to five years.

This forecast also chimes with the analysts at Neilsen who believe that the growing trends in 2020 will centre around “lifestyle-oriented drinks that tie into consumer interest in their active routines”, “Lower ABV and lower-calorie IPAs” and “Lower ABV ready-to-drink cocktails”.

If you thought this was all just happened on the other side of the pond, you’d be wrong. BrewDog has fast-tracked their Hard Seltzer project “Clean % Press”, Carlsberg also has one in the works too, and the US giant of Hard Seltzer, White Claw, will make its UK debut next month.

So what does all of this mean for UK craft brewers?

While there are considerable challenges in making a hard seltzer that looks and tastes like fizzy water, there are certainly opportunities to take some of the hallmarks and incorporate into your beer NDP workstream, I think, given the increased opportunities in the off-trade in the UK due to the coronavirus pandemic.

With summer just around the corner, it’s a great time to innovate utilising the plant you already have.

I zoom’d with our friend Colin Stronge, Head Brewer from Salt Beer Factory, to ask about his Hard Seltzer project.

Colin J: How did the idea come about?

Colin S: “It started as an idea for a collaboration brew with Brick Brewery. We were chatting about what to do and thought we’d have a look at the DIPA/Impy Stout/DDH route. Pete, the head brewer there, mentioned he’d been toying with doing something from a style [hard seltzer] that we didn’t think had been attempted in the UK yet and we riffed on the idea from there.

What do you think the impact of Hard Seltzers will be on the UK market?

It’s hard to say. I was a little reserved about the idea. It seems the trend [in craft] seems to be for beers with big body and sweetness, but the more I thought about it the more the idea appealed. We’ve done two different takes on the style and although they have been slow burners the feedback has been overwhelmingly positive. In the warmer summer months I could see them getting a lot of traction.

How did you go about designing the recipe?

For us the most important thing was that it could still be classified as a beer, so had to have water, hops, malt and yeast. We used low colour pale as the main base, with a good dose of torrified wheat to keep the colour low but give good extract. We added about 20g of hops in the kettle but some noble hops for very low flavour impact and then about 50% of the sugars came from Dextrose and fruit juice. We then lagered it for 4 weeks to help with clarity and to make sure that the yeast profile was near non-existent.

It reminded me of a Thai green curry!

Haha, yeah that’s pretty much what we were going for [minus the chilli]

And the fish sauce!

As much as I love that stuff, it’s probably best staying in the curry and not in the beer!

What are the duty implications for you guys?

Exactly why I insisted on using beer ingredients, we didn’t want to find ourselves with a HMRC problem! We ensured that the seltzer very much followed the brewing process and it does go through all the usual stages of a brew; mash, boil, ferment. It also contains malt, hops and yeast.

What were the challenges of brewing this style?

Keeping the beer flavours neutral whilst still remaining a beer, in essence. A very light hand was required!

What’s next for Salt in this area? Can we expect more? Also, is it still available to purchase?

The original collaboration with Brick [made with fresh watermelon, strawberry juice and mint] sold out. Our second, the coconut and lime brewed in collaboration with 2 Towns Down brewing, is still available. We’re just at the planning stage for another iteration but that’s under wraps just now.

As Colin explained, it’s essential to stay in the beer category. For a UK small brewer with full (50%) duty relief, you would pay 12.6p on a 4% beer in a 330ml can. If you drift into the made wine category, then the same drink and pack size would cost you 30p in duty! So malt is key!

Brewing up a hard seltzer

I’m going to look at two routes for brewing the style; one to get as close to fizzy water as possible and the other a bit closer to beer.

We’ve picked a few of our customers’ brews to try for inspiration: 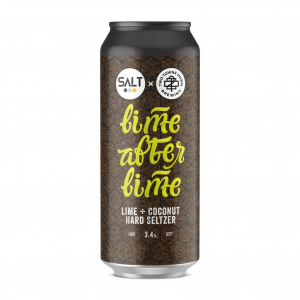 The drink that inspired this piece.

“A light-bodied, thirst-quenching and refreshing malted beverage. Kazbek hops complements a light malt base in the whirlpool. Toasted coconut, coconut paste and lime zest are added post-fermentation for fresh and zesty flavours. This is not beer as you know it!” 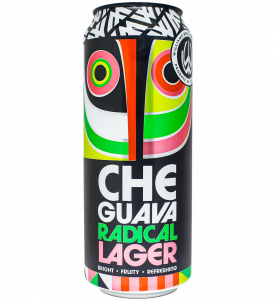 While not technically a hard Seltzer, just 6 IBUs and is fermented dry to achieve the same effect. After all, when did a category definition ever restrict innovation?!

According to Chris at the brewery, “Che Guava is the Low man on the Totem Pole. It’s a gluten free lager that delivers a totally tropical explosion of guava gratification on your tongue.

With aromas of tropical fruit, citrus & champagne, this brut-style guava lager finishes dry but yet is still very refreshing.

3.5% ABV, 1027 OG, 0 PG, 6 IBU; gluten-free. Che contains a limited edition flaked buckwheat that we produced for the brewery. We have a very small amount remaining so if you’re interested in this product, get in touch. 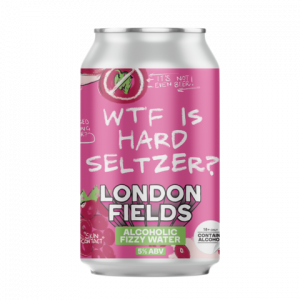 “We genuinely had no clue what hard seltzer was supposed to taste like, so we brewed one with fresh white guava and infused pinot noir skins from our friends Renegade Urban Winery. We pitched a champagne yeast and crossed our fingers that it fermented in time!

Fizzy fermented beverage waft of ripe guava, has a light fruity body and a dry finish with a touch of tannin.” 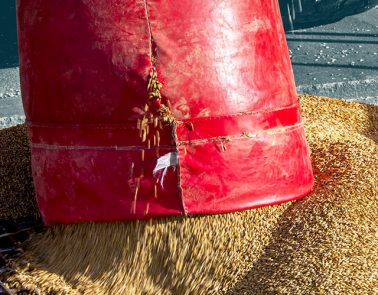 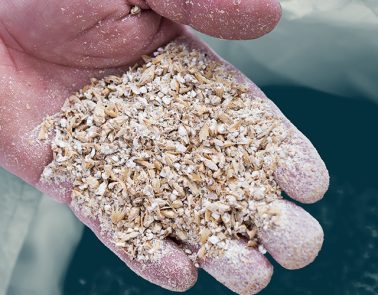 Webinar #2: All About Milling 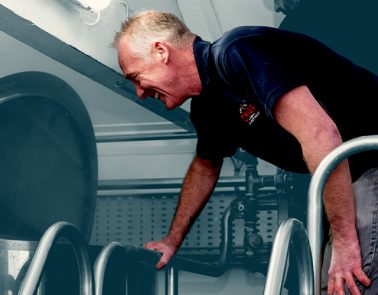