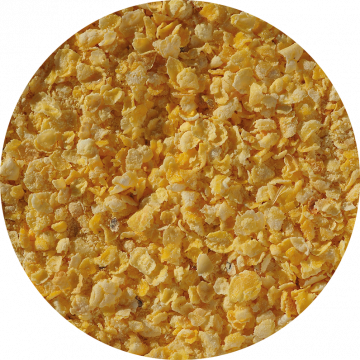 Flaked Torrefied Maize for brewing and distilling; consists of maize grits that have been micronized at high temperatures which bursts open the starches and thus gelatinises the maize.

In brewing, it lightens wort and can add a unique corn flake-like sweetness to beers.

Maize can also be used by distillers to create bourbon style whisky without needing to pre-cook the maize.